so.. as i own the USS KIDD myself and i've seen the ship in real life. i thought as the USS KIDD was the only ship flying the Jolly Roger (Pirate flag).. why didn't we get a pirate flag with the ship in the game.. it would be so cool.. 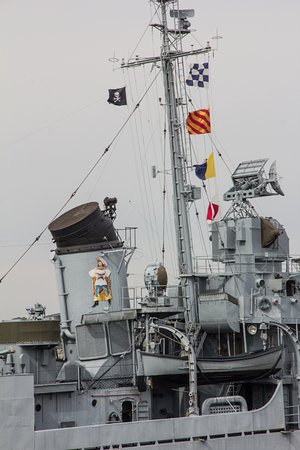