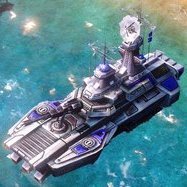 Why am i losing all the time?

Hi there, I'm a really really nice and kind person & honestly i love World of Warships, Dasha that presents updates, the game play, containers etc. When i start playing matches like yesterday i had like 60% of wins but today i play with such bots that change there position every second camping in base or like when the match barley starts there are already 3 ships down in my team then the enemy fire salvo targets right at me, feeling self confident that the three ships in front of me together will push the front line, and big red word DEFEAT the whole team dies like in 5 min. or afk buddies and premium ships with people that played almost 20 battles. I really do my best to set a nice position on the map to fire as much shells as possible making 75k dmg even sometimes 120k or higher and i loose i check my notifications and i get DEFEATED,DEFEATED,DEFEATED,VICTORY,DEFEATED, like i said i am a kind person and when i see people dyeing in the first minutes of the match i start cursing on the keyboard like sailor, i even got banned from WG chat couple of times. Is there any help for me? :D