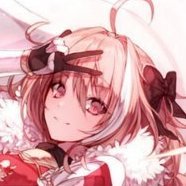 Some Ideas For Radar

By Astolfo_Is_My_Waifu, June 6, 2018 in General Discussion