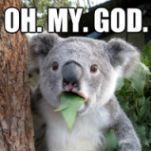 WG, what have you done to my load time?!