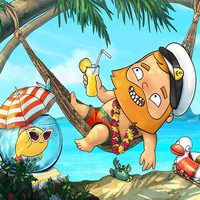 By TheKingOfUm, June 1, 2018 in Rules, Announcements and General Discussion (English)