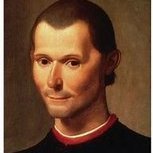 I’m a new player and tried reading the comments on the split but still a little confused.

I have the Cleveland with all the module upgrades and researched Pensacola giving the free ship XP now. Also mounted is type 16 Cleveland Camouflage. The excess ship XP now stands at 20,000.

On the Pensacola I have researched both B Hull and Gunfire only without adding the upgrades. Also, have not researched the Guns.


Question1
I didn’t want to upgrade the modules on the Pen as on the split its Tier reduction would mean I’d lose money (credits) as they’d be lower in value.
Is this correct?


Question2
POST split the 20,000 excess Ship XP on the Cleveland will transfer to the Pensacola. The Type 16 Camo will drop back into my exterior tab to be used on the Pen if I want. The current fixed one will stay on the Cleveland and turn into the TYPE 18 Camo.
Is this correct?


Question3
On split, the Pensacola is now Tier VI, and because I have this ship I will receive the New Orleans or whatever the replacement type VII is.


if anyone could help me please