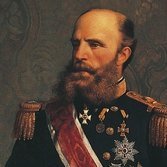 battlecruisers Battlecruiser proposals for Britain, Germany and Europe, along with japanese, russian, american and french designs