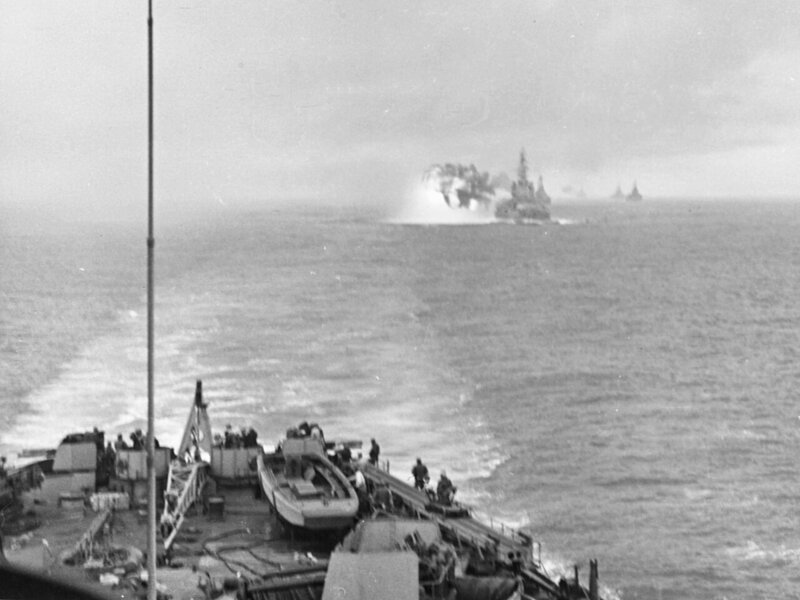 the last of the bombardments of Japan was truly international, with the American ships being joined not only by British, but also New Zealand warships. The target were again iron works around Kamaishi and the damage caused was more serious than i the first bombardment.

Another attack was planned for August 13th, but it was cancelled both due to technical trouble of HMS King George V and the dropping of nuclear bombs. No further bombardment took place until the end of the war.