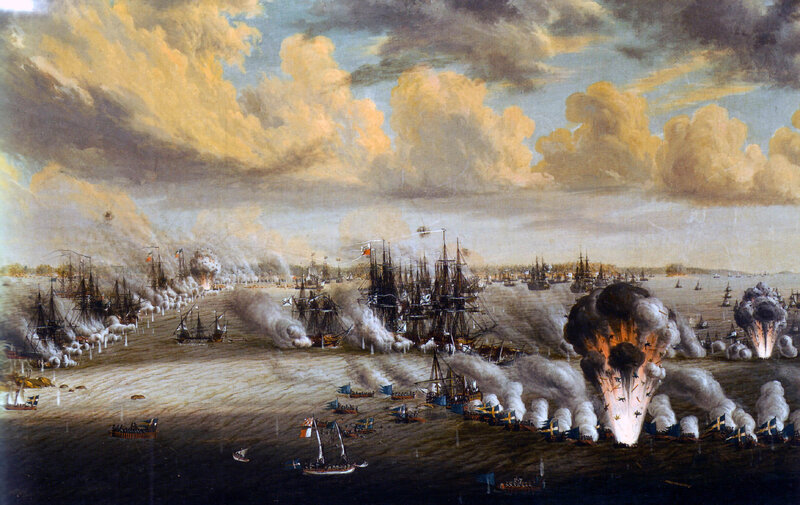 Not too well known, but the biggest naval battle in the Baltic Sea deserves a honorary mention. Fought between July 9th and 10th, 1790. Pitting over 200 ships on each side against each other, the battle ended with a resounding Swedish victory and destroying large part of the heaviest vessels of the Russian Coastal Fleet - estimated 50-80 ships were lost on the Russian side compared to only 6 Swedish vessels.

Wreck of one of the Russian casualties, frigate Sankt Nikolai, was found in 1948 close to the city of Kotka.