On this day in history, in 1940, after the French commanders refused the ultimatum posed to them by the Royal Navy, British warships opened fire on French fleet anchored in Mers-el-Kébir. As the French crews did not expect an attack, the results were devastating, with only the battleship Strasbourg (Dunkerque's sister) managing to escape to safety. The battleship Bretagne exploded and sunk after her ammunition was hit and her sister, Provence, sank as well, even though she was later refloated.

Subsequent air attacks augmented the damage done to battleship Dunkerque and lead to retaliatory bombing raids against the Gibraltar. 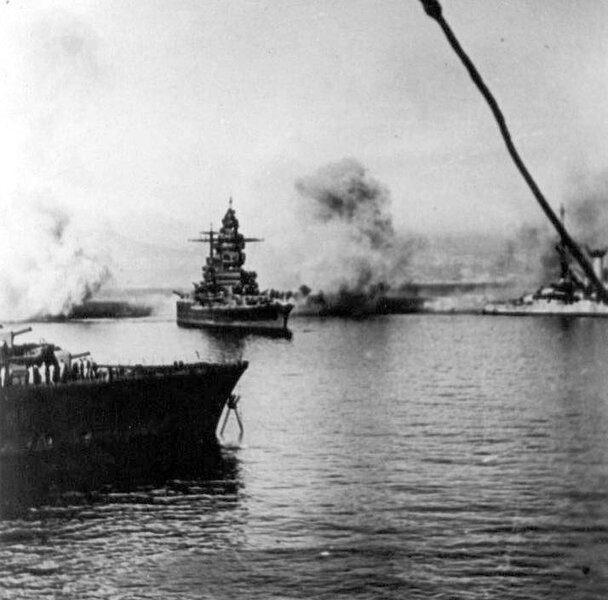